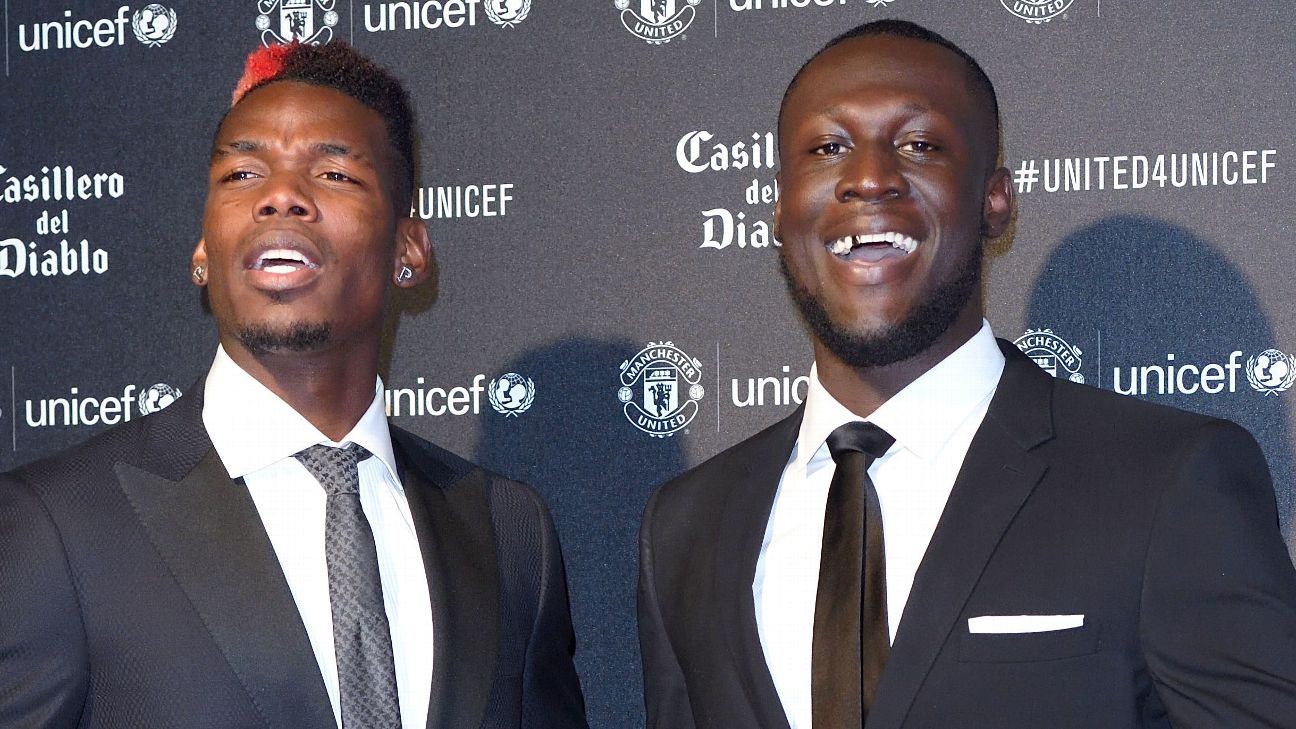 After Ronaldo was spotted wearing an iPod Shuffle, Anthony Richardson takes a look at some iconic retro items.

From Manchester United's musical announcement they had #Pogback to 2 Chainz kicking things off at Atlanta, the worlds of music and soccer often collide...

The Toe Poke Daily is here every day to bring you all the weirdest stories, quirkiest viral content and top trolling that the internet has to offer, all in one place.

Whether it be famous faces spotted on the terraces watching their team in action or adrenaline-inducing tunes being blared over stadium PA systems, the twin pursuits of music and football constantly intertwine.

This week, for example, Portuguese giants FC Porto announced they have joined forces with James to promote a new equality campaign.

(We should clarify at this point that in this instance we mean James, the 1990s Manchester indie stalwarts of "Sit Down" fame, not former Porto attacker James Rodriguez. Which would be a slightly less unlikely pairing.)

Here we examine several examples of the melding of worlds, with bands buddying up and/or becoming synonymous with clubs and players, and vice-versa.

When Paul Pogba returned to Manchester United in the summer of 2016, the infuriating transfer saga rumbled on for months before UK grime star Stormzy officially broke the news.

Kasabian are lifelong fans of Leicester City and always have their song "Fire" belted out over the tannoys at the King Power Stadium whenever the Foxes score.

As such, it was only fitting that the local band were front and centre at Leicester's title celebration party back in 2016.

Macklemore is a shareholder at hometown side Seattle Sounders, joining Ciara and Russell Wilson in the MLS club's star-studded ownership group. He performed at the celebrations when the Sounders won MLS Cup last year.

Macklemore isn't the only U.S. rapper involved in MLS either, with 2 Chainz invited along to drive home the Golden Spike -- a prematch tradition at Mercedes-Benz Stadium -- at his first Atlanta United game in front of 71,000 feverish fans.

Announcing 'Die With Your Boots On'... a unique collaboration between Maiden and @WestHam

Iron Maiden founder member Steve Harris has been an ardent supporter of West Ham since attending his first game in the 1960s. He even regularly plays live shows with the Hammers' crest emblazoned across his bass guitar.

It must have been a dream come true, then, when last year Harris collaborated with his boyhood club to produce a special limited edition West Ham x Iron Maiden replica shirt.

The Leeds-based band chose their name in 1997 after being inspired by Lucas Radebe's former team in South Africa, changing one letter to avoid confusion.

One year on from his big move to Bayern Munich, Alphonso Davies is gradually starting to get to grips with the local way of life.

The Canadian winger has filmed himself in front of the mirror performing the various stages of his progress from new-in-town auslander to fully fledged Bavarian.

As demonstrated, things are definitely improving with Davies able to recite at least three bursts of valuable Bayern-themed phrases.

Not sure if he can order a weißwurst or successfully navigate his way to the bahnhof yet, but we're confident all that will come in time.

The "Sparks" pack features new FUTURE and ONE boot models with an eye-catching new "ultra-yellow" paint job that is highlighted to great effect in the launch promo.

Puma have designed the boots to focus on allowing key players to give their teams the "spark" required to turn a game in a moment of spontaneous genius.

"It all starts with a SPARK, that is how players become champions," Guardiola said.

We're not certain he'll be quite so enamoured with them if Messrs Reus, Suarez or Griezmann spark his City team out of the Champions League while wearing them.

Brilliance has a birthplace. 🇧🇷
From the courts of São Paulo to your local street game, the #PhantomVSN2 IC is inspired by the precision and agility of small-sided football around the world.
Available now through our 🔗 in bio!
⠀#nikefootball #nikesoccer pic.twitter.com/YOTn8lcuoG

Nike have also released a new boot this week, updating a modern classic by launching the latest incarnation of their ever-popular PhantomVSN boots.

The PhantomVSN 2 boast a revamped ergonomic fit and ball-gripping texture designed to complement the needs of technical attacking players.

The upper is divided into four "touch zones" -- medial trap zone, strike zone, knuckle zone and dribble zone -- to increase ball control and fully accommodate all the precise needs of a tricky winger or playmaking No. 10.

The keen-eyed observer will also note a series of numbers embroidered on the pull-tab, a small numeral graphic that references the GPS coordinates of the Nike Football design lab.