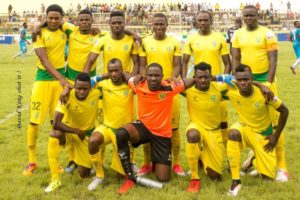 Plateau United players and their coaches have been placed on half salary by the club’s hierarchy following their 1-0 home defeat to Kada City in a NPFL matchday-10 encounter at the New Jos Stadium on Wednesday.

According to a release by media officer of the former NPFL champions, Albert Yakup made available to Completesports.com, the players and the technical crew will not receive their full pay until the fortunes of the club improve.

General Manager of the Club, Pius Henwan who made the management position known to the team, said the decision became necessary in view of the manner of the home loss on Matchday-10 against visiting side Kada City which is unacceptable to the government and people of Plateau State.

Henwan who expressed displeasure with the lacklustre performance of the team during the midweek tie noted that the measures will remain until the team get the three points they lost at home from an away game.

He further explained that for the management to take them seriously, they must win their next match against Abia Warriors in Umuahia or at least a draw in order to recoup the lost points.

The defeat came on the team’s return to their home ground in Jos after serving a three-game banishment sentence away in Ilorin and Lafia following crowd troubles that marred their opening league game against FC Ifeanyiubah.

Wednesday’s game marked the return to the dugout of head coach Abdu Maikaba who had been away with Nigeria Under-20 side, the Flying Eagles in Niger in an assistant capacity to Paul Aigbogun.

Plateau United’s next travel to Umuahia where they will face Abia Warriors in a matchday-11 encounter next week Wednesday.