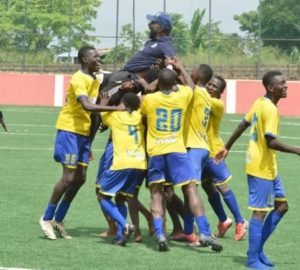 The game played by both sides at the Legacy Pitch Surulere Lagos ended 1-1 after the regulation time as Ottasolo FC went on to win the penalty shootout 5-4.

In the first semifinal of the day, Dannaz FC continued their cinderella run in the WGB Lagos FA Cup as they beat Smart City FC 4-2.

Dannaz FC is the surprise team in the tournament this year as they've gone against all odds to pick a final ticket.

Speaking to Sport247 after the victory, coach of Dannaz FC Fatai Bashir expressed delight with the victory and commended his boys for the job well done.

“It was a tough match for us but let me thank my boys for their resilience and doggedness showed throughout the encounter. The victory was well deserved and I am looking forward to win the cup,” he said.