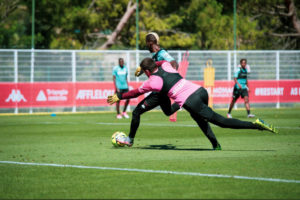 Henry Onyekuru has joined his Monaco teammates who are preparing for the resumption of the 2020-21 season.

In his first spell at Stade Louis II under manager Leonardo Jardim, the Nigeria international got one assist in four league appearances before he was loaned to Galatasaray.

At the Turk Telekom Stadıum, the winger scored once in 10 league appearances for Fatih Terim’s men before ending his loan spell to return to the French Ligue 1outfit.

And on Tuesday, he teamed up with Niko Kovac’s team who are perfecting their strategies for next term. 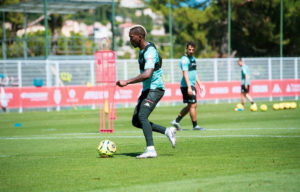 Onyekuru joined Monaco on a five-year deal in August 2019 after an unsuccessful Everton spell but his debut campaign in the French top-flight did not go as planned.

He will be aiming to fight his way to into Kovac's team after he struggled to establish himself in Robert Moreno's system before the Spanish manager was fired this month.

Ultimately, the winger’s ambition is to feature in the Premier League.

"We have our plans but then life brings its own plans, but I am still working on it, and hopefully I will be back soon, maybe not with Everton but surely in the Premier League," Onyekuru told BBC Sport. 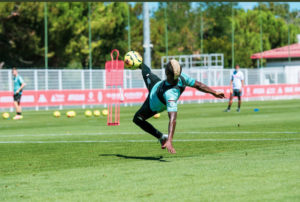 "I have been with players like Keita Balde from my days at the Aspire Academy, Cesc Fabregas is a top guy, who welcomed me when I arrived at the club, it's like going back home.

"Monaco are a big club they know how to work with their players when it comes to transfers, just look at Anthony Martial.

"I hope to make a good season or two and hopefully the future will be bright."

Onyekuru has been a regular fixture in Gernot Rohr's Super Eagles set-up since his debut outing against Togo in an international friendly in June 2017.

A knee injury ruled him out of the 2018 Fifa World Cup in Russia but he was part of Nigeria's 23-man squad that won bronze at the 2019 Africa Cup of Nations in Egypt.