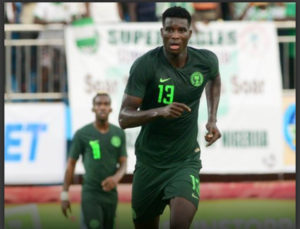 Paul Onuachu has joined Belgian champions, KRC Genk for a few believed to be in the rejoin of €6 million after seven seasons with FC Midtjylland.

Onuachu, who could become a replacement for Tanzania international Mbwana Samatta, will join up with compatriot Stephen Odey. 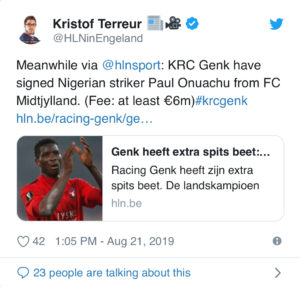 The forward, who was on international duty with Nigeria at the 2019 AFCON, was left out of the Midtjylland squad over the weekend. He reportedly forced a move costing the club about €5 million – the Danish club had held out for €12 million during initial negotiations.

Eventually, the €6 million could rise to €7 million through bonuses.