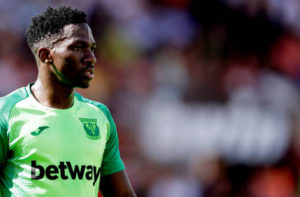 Kenneth Omeruo returned to Leganes starting line up and completed 90 minutes in their Last liga Satander  away game against Getafe on Saturday at  Coliseum Alfonso Perez.

The game ended 2-0 in the favor of Getafe as Leganes lackluster performance to the 2019/2020 Spanish football league season continues.

Angel Rodriguez’s second half superb brace was enough to condemned the Mauricio Pellegrino’s men to their seventh defeat of the season from nine league games.

His compatriot Chidozie Awaziem was unused substitute in the game.

Leganes are occupying the bottom position of the log with two points from nine matches played.