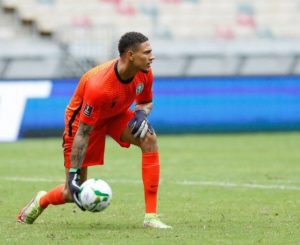 Nigeria interim head coach Augustine Eguavoen will welcome the news that Maduka Okoye is set to return to action for Sparta Rotterdam.

The 22-year-old goalkeeper, who has won 12 caps for the Super Eagles, has been sidelined since November 28 when he sustained a shoulder injury against Ajax Amsterdam.

The Nigerian squad will convene in the coming weeks to begin their preparations for the Africa Cup of Nations, which kicks off in Cameroon on January 9.

Okoye is expected to be fit for the tournament after Sparta head coach Henk Fraser confirmed that his number-one keeper could feature in their clash with Vitesse Arnhem at Het Kasteel on Saturday evening.

“It is going well. There is a very good chance that Okoye is back,” Fraser said in his pre-match press conference.

“The other keepers [Benjamin van Leer and Tim Coremans] have done a great job, but Okoye is our undisputed number one.”