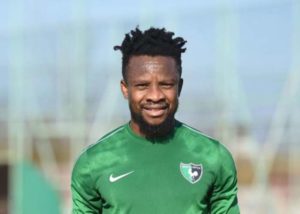 Turkish League one club Denizlispor have announced they have parted ways with Nigeria midfielder Ogenyi Onazi.

Onazi linked up with Denizlispor for a second spell in August but failed to make a single appearance for the club.

“Our club has parted ways with our professional player Ogenyi Onazi by mutual agreement,” the club said in a statement.

“The professional football division and our technical team decided to part ways with Onazi as a result of their evaluation.

“The player surrendered all his receivables from our club and was released by signing the mutual termination documents.

“We thank Onazi for his services so far and wish him success in his future career.”