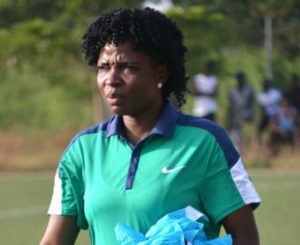 Former Nigeria Football Federation’s (NFF) Technical Director, Kashimawo Laloko, has expressed displeasure over the confusion created by the Points Per Game (PPG) system used in resolving positions on the 2019/2020 Nigeria Professional Football League (NPFL) following the cancellation of the season due to the effect of COVID-19 pandemic.

Urging the NFF to explain the system clearly to all the parties, Laloko said rather than the PPG solving issues, it has brought more puzzles between two clubs, which feel they deserve the CAF Champion League ticket.

“When you are in a country like Nigeria, you have to be very careful. It is very difficult to satisfy everybody. They said they adopted PPG, but that wasn’t necessary. Why didn’t they follow what others did?

“I understand the problem we are facing in the country, but the whole thing has to be done within our ability to organise things ourselves. The NFF must brace up on management and organisation because that is what it requires,” he said, adding that games at the Nigeria National League (NNL) had barely taken off before the lockdown.

“Apart from the Nigeria Professional Football League (NPFL) itself, no other lower games were played. NNL to me is nothing. Before PPG adoption, they should have spoken to the clubs on how they are going to play to end the league. Playing in an empty stadium won’t be a bad idea. We know ending the league can’t be like in England when a club had won the league.

“The issue we have here is management problem and for me it is not too late for them to go back. I can understand the case of NNL, because I think they are just playing for nothing. They are just wasting people, sponsors and government’s monies.

“My own problem with those managing our football is that they are made up of people who know nothing about football. Probably they read books, listen to VOA, BBC, CNN, and want to show to us that they know what they are doing. They will tell us that what they are trying to do is what is happening in other part of the world. This shouldn’t be because to me it is sheer incompetence that is making the administrators to be behaving like that. I am short of words to use.”

“If matches had been organised and played in empty stadiums, by now they would have finished the whole thing, instead of procrastination. I will suggest they look into the issue again properly and return to doing the right thing, the right way for their own good,” he stated.