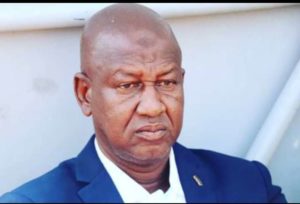 Following Rangers 0-0 draw against Rivers United on Saturday, head coach of Rangers Abdu Maikaba has expressed his disappointment over there outcome of the game, Nigeriasoccernet can report.

Rangers were held to a goalless draw in their adopted Anambra home by visiting Rivers United a result which was a dent on their continental pursuit.

"It was a very good display by my players against the NPFL leaders, but we did not get the result we actually worked for.

"I am a bit disappointed not in my players but with the result, we have our target for the game but so sad we could not achieve that."

"We keep fighting until the very last match of the season to ensure that we achieve a continental football spot for next season for our darling fans," he said.

Rangers will visit Kano next before playing host to Shooting Stars of Ibadan in Awka.