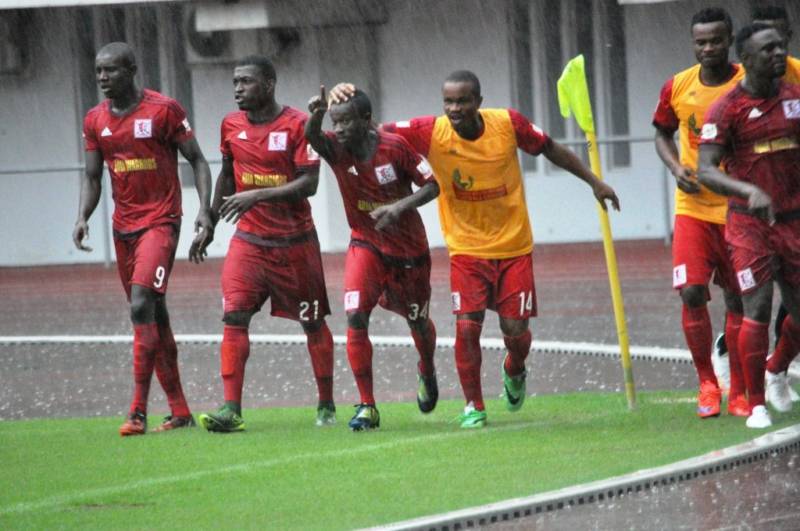 Obi Samson, Anthony Okemmiri and Sunday Adetunji with a brace all found their names on the score sheet as they made light work of the Flying Antelopes that seem lost in the forest as they fail to find their swiftness on the day.

The Warriors started like a house on fire pressuring their opponents and dictating the pace of the game and deservedly took the lead in the sixth minute of play. What seemed to be a good attack by Rangers was

thwarted when Godwin Aguda won the ball in the middle of the park, took out two defenders and brilliantly set up Ebuka Okeke but the latter was rightly flagged offside.

The resultant long free kick by goalkeeper of Abia Warriors, Agbor Ekoi from the edge of his box flew past everyone which afforded Adetunji to chase. He got to the ball on the edge of Rangers box before Seidu Mutawakilu and lifted the ball over him for the opener.

The Warriors did not relent as they doubled their lead nine minutes later in like manner as their first goal. A long ball into Rangers half saw Uche Ihuarulam outpace Orji Kalu to get to the ball first on the far left. He tried dribbling Kalu but decided to cross the ball to an onrushing Anthony Okemmiri to jab in first time as they went into the break with a two-goal cushion.

The break seemed to take the steam from both sides as the second half started on a slow pace until the 63rd minute. A long throw-in by Ogbonnaya Okemmiri who had come in earlier for injured Mohammed Garba found another substitute Obi Samson whose miscued attempt found its way to an unmarked Adetunji to finish from two yards for Abia Warriors' third.

Rangers got desperate and brought on Ifeanyi George and Daniel Etor to add bite to their attack while Ousmane Pape Sane was to strengthen an already weak and leaky defence which brought some glimpse of hope as Etor hit the post with a fierce shot from about 25 yards in the 81st minute.

The Warriors went further to add a fourth in the 86th minute despite two brave saves by Mutawakilu but the rebound fell in the path of Samson who beat his marker neatly before picking his spot to bury the ball and give Abia Warriors a convincing victory over Rangers.

Abia Warriors will be on the road to face Katsina United while Rangers will welcome Nasarawa United at the Nnamdi Azikiwe Stadium, Enugu on Matchday 22.

Man of the match: Sunday Adetunji