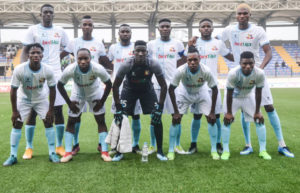 Remo are yet to taste defeat after six games in the ongoing league campaign and are in 14 points.

The visitors raced to a 2-0 lead thanks to goals from Dayo Ojo and Abdullahi Oyedele before Adamu Salisu pulled a goal back for Wikki.

Ojo opened scoring in the 10th minute before Oyedele made it 2-0 on 63 minutes.

With 15 minutes left in the game Wikki got what was a consolation goal through Salisu as Remo held on for the win.

And in Enugu, Rangers saw off MFM 2-0 thanks to strikes from Tope Olusesi and Martin Ossy from the penalty spot.

The win saw Rangers climb to third place on 11 points in the league standing.