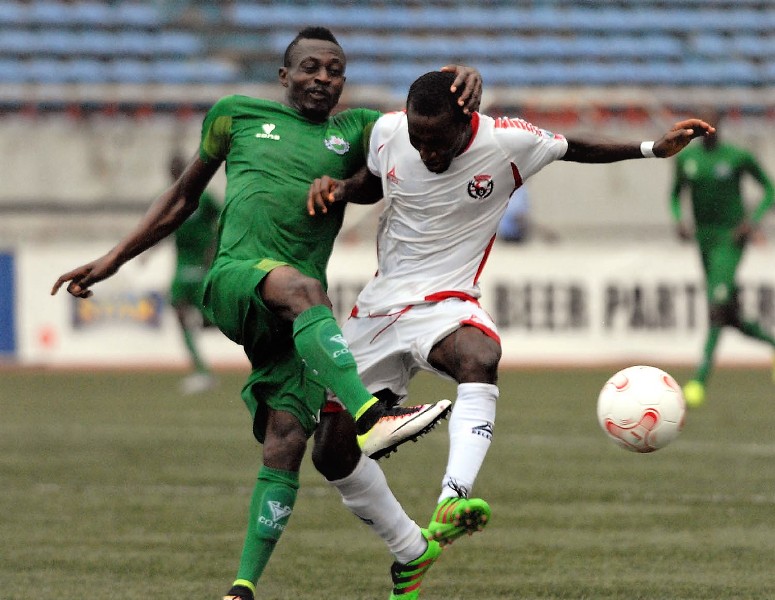 The visitors had earlier drew first blood in the 75th minute, through Thomas Zenke, in a match the home side observed first of their two games under closed door condition, following crowd trouble in their Matchday 20 win over Gombe United.

A poor first half, characterized by heavy downpour, saw both sides with early opportunities to break the deadlock.

The Flying Antelopes were almost stunned in the 12th minute, when Adamu Hassan got past Rangers defenders, before shooting straight to the waiting hands of Seidu Mutawakilu.

Godwin Aguda wasted a chance to get his side in the lead, nine minutes before the break, when he headed Osas Okoro's free kick above the woodwork from six yards.

Nasarawa United had goalkeeper Suraj Ayeleso to thank for keeping them in the game, after the former Kwara United safehands forced an incredible save off Okoro's free kick in the 71st minute.

Ayeleso's agility, motivated his teammates to seek for a breakthrough four minutes later, when Zenke found his way into Rangers' area, before slamming home from 10 yards.

The home side restored parity in the 80th minute through Aguda, who latched onto Ousmane Pape Sane's flick to save the day.

Ayeleso ensured Kabiru Dogo's? men depart Enugu with a corresponding result obtained in the first league in Lafia, when he tipped over Ebuka Okeke's pile-driver five minutes from time.