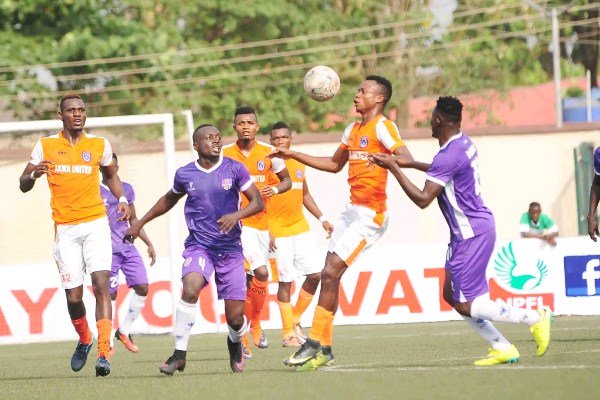 The Promise Keepers missed the chance to secure top position in the NPFL table following the loss.

The CAF Confederation Cup campaigners remain in second position with 23 points, three adrift of leaders Lobi Stars but still have a game in hand.

“It was a tough defeat to take for us but we have to move on from that and focus on the future,” the former Remo Stars striker told Completesportsnigeria. com.

“We were aware of Katsina United impressive home form this season but we believed we had the quality to beat them right in their stadium.

” It would have been great for us to return to the top of the table which was our target before the game. We are really disappointed we couldn’t achieve that objective.

“We don’t have to dwell too much on that as we still a lot of matches ahead of us and I hope we will get to win the title at the end of the season.”

Abdu Maikaba’s men next game is against El-Kanemi Warriors next week Wednesday in Maiduguri.