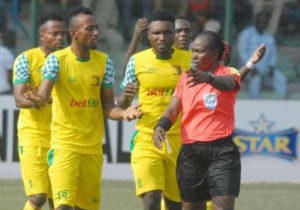 Defeat for the Solid Miners on home soil keep them at the base of the Nigeria Professional Football League log after Sunday's games.

Nasarawa United’s woeful form continued on Sunday following their 1-0 home defeat to Delta Force.The Solid Miners were hoping to end their winless streak against the newcomers, however, they failed in that bid.

Solomon Enudi’s strike proved vital for the visitors as the Lafia-based team failed in their quest to come back in the second half.

Following their second home loss so far, they sit at the base of the Nigeria top-flight log with two points from six outings.