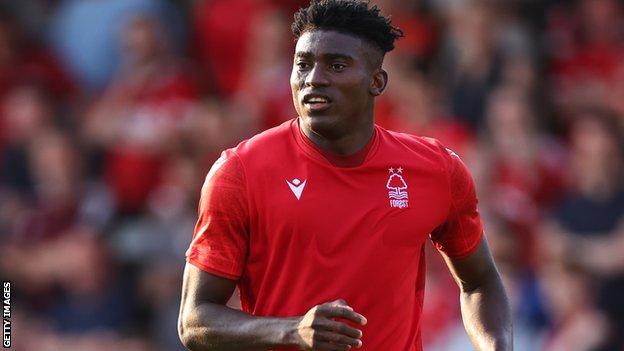 The first Saturday fixtures of the 2022/2023 season played out today, Saturday, 6th August, 2022. Two Nigeria Internationals made their debuts for their respective clubs, Joe Aribo of Southampton and Taiwo Awoniyi of Nottingham Forest but it ended on a sour note for the two West Africans as they suffered a 4-1 and 2-0 defeat respectively.

Summer signing from Glasgow Rangers Joe Aribo made his Premier League debut from the start, as Southampton faced Tottenham Hotspur at the Tottenham Hotspur Stadium in London, after a difficult start for Spurs, they came from behind to register a comprehensive 4-1 win over Southampton.

James Ward-Prowse gave Southampton an early lead after 11 minutes, but Ryan Sessegnon and Eric Dier netted  before half-time to put Spurs 2-1 up.

There was joy for Spurs and more disappointment for Southampton as Ghanian defender Mohammed Salisu put the ball into his own net in the 61st minute before Dejan Kulusevski planted a shot into the bottom corner to wrap up the scoring in the 63rd minute.

At St James' Park, Taiwo Awoniyi who also made his debut met the same fate as Joe Aribo as his team Nottingham Forest were beaten 2-0 by Newcastle United.

After a goalless first half, Fabian Schär gave the Magpies the lead with a shot from 25 yards in the 58th minute and Callum Wilson doubled the advantage with 12 minutes left on the clock.