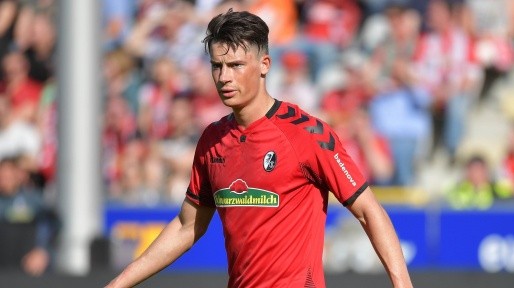 AC Milan and Napoli have both set their sights on Freiburg defender Robin Koch, with the Partenopei ready to make an offer to land their target.

The Rossoneri are expected to bring in Ralf Rangnick at the conclusion of the season, and as a result several Bundesliga names are being linked with a move to the San Siro.

Sport Mediaset reports one name being considered is Koch of Freiburg, who has openly said he is looking to take the next step in his career.

The 23-year-old’s contract expires at the end of 2021, and as a result Freiburg are expected to cash in on him this summer.

One obstacle standing in Milan’s way is Napoli, who have also made their interest in the German known.

It’s believed the Partenopei are preparing a bid of €15 million to land their target in hopes of signing him before Rangnick makes his move to Milan official.

So far this season Koch has featured in 25 Bundesliga matches for Freiburg.