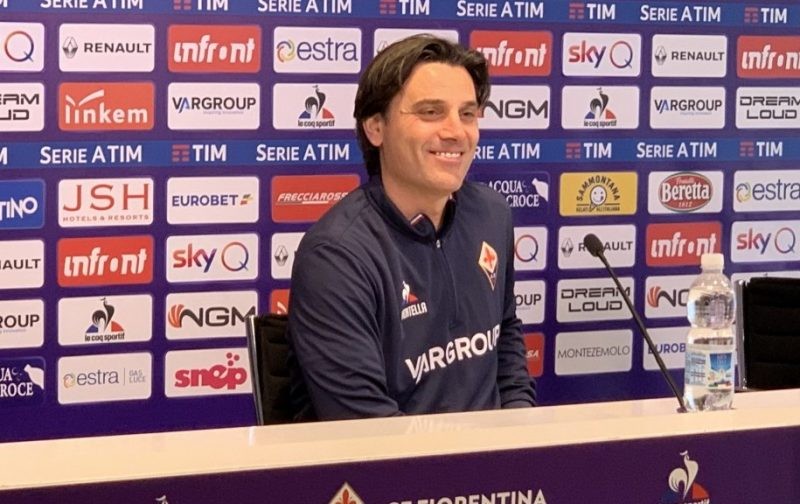 After Fiorentina were denied what looked to be a clear penalty in the dying moments, as well as two other controversial spot kicks, Vincenzo Montella was unhappy with the decisions int he game.

Erick Pulgar opened the scoring from the penalty spot after Piotr Zielinski handled in the box. With VAR ruling he made his body ‘unnaturally bigger’ using his arms. Then Dries Mertens was deemed to have been tripped by Gaetano Castrovilli.

“I find it hard to understand the reasoning,” Montella said “I accept the errors, but not with the VAR available.

“We shouldn’t play without referees and they should be thanked, but it’s hard to understand the reasoning behind the errors.

Expanding on his disillusionment with the refereeing decisions, Montella was at a loss to explain what happened.

“The rule that caused the initial penalty for us, I don’t really understand,” Montella continued.

“I don’t agree with these regulations, but that is the rule and therefore it’s a penalty.

“But can you explain the penalty on Mertens? Massa says he saw a foul, but what is the VAR doing there then?

“That’s simulation from Mertens and nobody says anything!

“Without VAR you can accept certain errors, but with the technology, no. There are five of them, so why not use it?”

Despite the defeat, Montella was proud of his team’s performance and the reaction of the fans who were extremely vocal from the off.

“I have a lot of satisfaction with the performance and the reaction from the fans,” Montella said. “I was excited to take risks against such a brilliant team.

“This is the Fiorentina I want to see, to play with heart as you all saw.

“Sometimes you have to accept the result, even though some incidents go against you.”

Montella’s starting XI had an average age of 23 years and 188 days making it the youngest side to begin a game since 1994, when OPTA first started collecting data.

“The Florentine people want results, and we have to build something with our young players,” Montella went on. “What we lack in terms of experience the young players make up for by filling gaps.

“We were unlucky, but there is still a sense of pride, and pride in trying.”