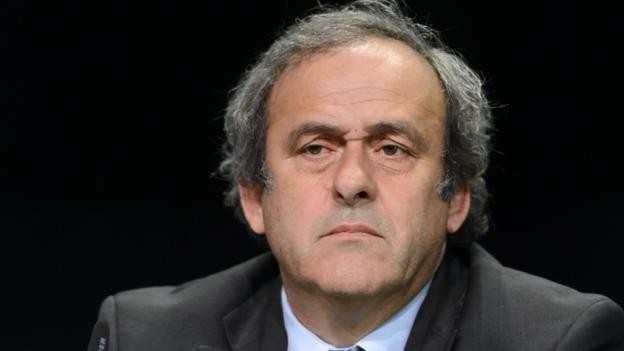 Michel Platini plans to start a claim against Uefa over money he believes he is owed by European football's governing body, says his lawyer.

The former head of Uefa's four-year ban for ethics breaches came to an end in October. The 64-year-old Frenchman has always denied any wrongdoing.

Platini's lawyer, Vincent Solari, told BBC Sport there has never been a formal termination of his client's contract and Uefa is refusing to negotiate.

"We haven't claimed a specific amount at this stage, but we offered to Uefa to discuss about a settlement regarding the employment contract of my client as there has never been a formal termination of it," said Solari.

"The lawyer of Uefa informed us recently that they don't want to enter into any negotiations and we will therefore initiate a claim on due time in front of the competent court."

Platini was banned over a 2m Swiss francs (£1.3m) "disloyal payment" from ex-Fifa president Sepp Blatter, who was also banned from football for his part in the matter. Blatter has also always denied any wrongdoing.

In June, he was released by French anti-corruption investigators after being questioned over the awarding of the 2022 World Cup to Qatar.

Qatar beat bids from the United States, Australia, South Korea and Japan in 2010.