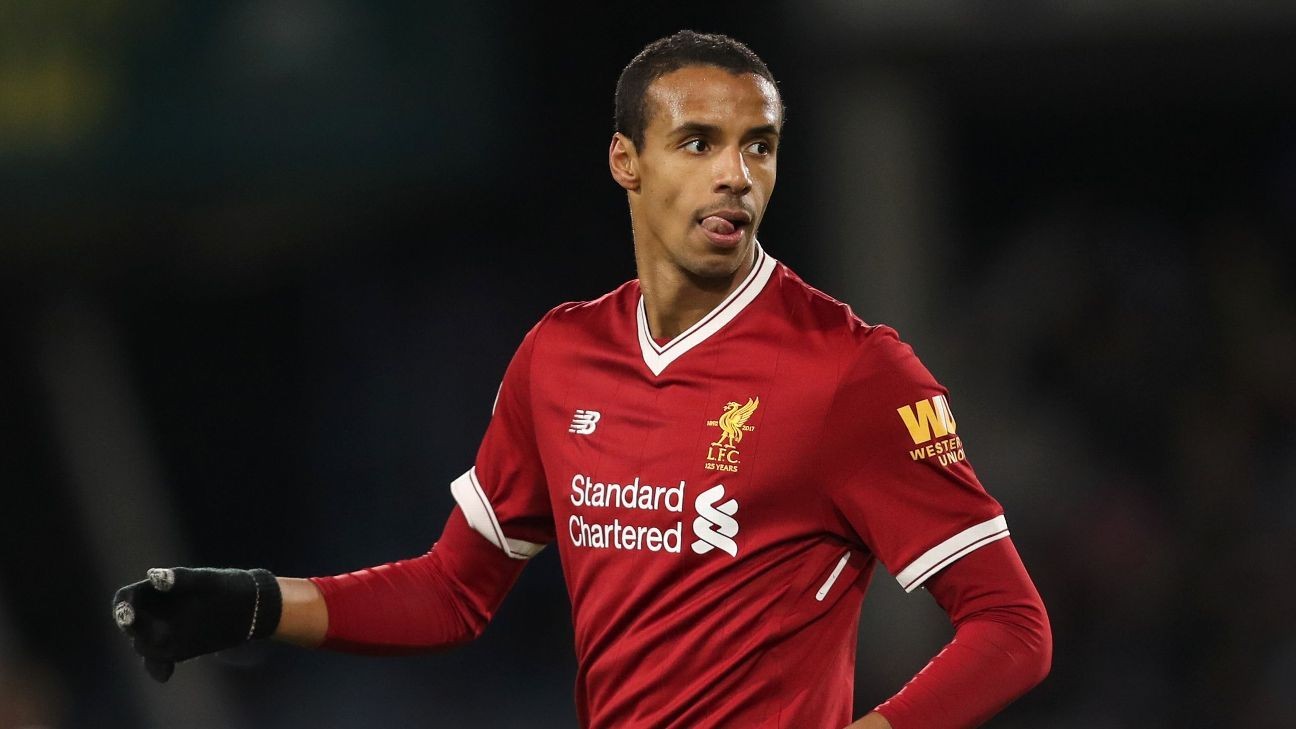 Sources told ESPN FC on Thursday that Liverpool have no plans to recruit a defender in January because of a long-held belief that Fabinho can operate adequately in the position.

The Brazilian played in the role against Wolves in the FA Cup third round defeat on Monday.

Also in that game, Dejan Lovren became the latest Liverpool centre-back to pick up an injury when he came off after five minutes clutching his left hamstring.

Joe Gomez is still sidelined with a lower leg fracture, but Matip participated in a team training session at Melwood on Thursday for the first time since fracturing his collarbone against Paris Saint-Germain last month.

"Joel trained yesterday for the first time with the team," Klopp told a news conference on Friday. "We have to decide day by day.

"Hendo [Jordan Henderson] will train today. We will see what that means. Adam [Lallana] out, Dejan out, Joe out. All are improving."