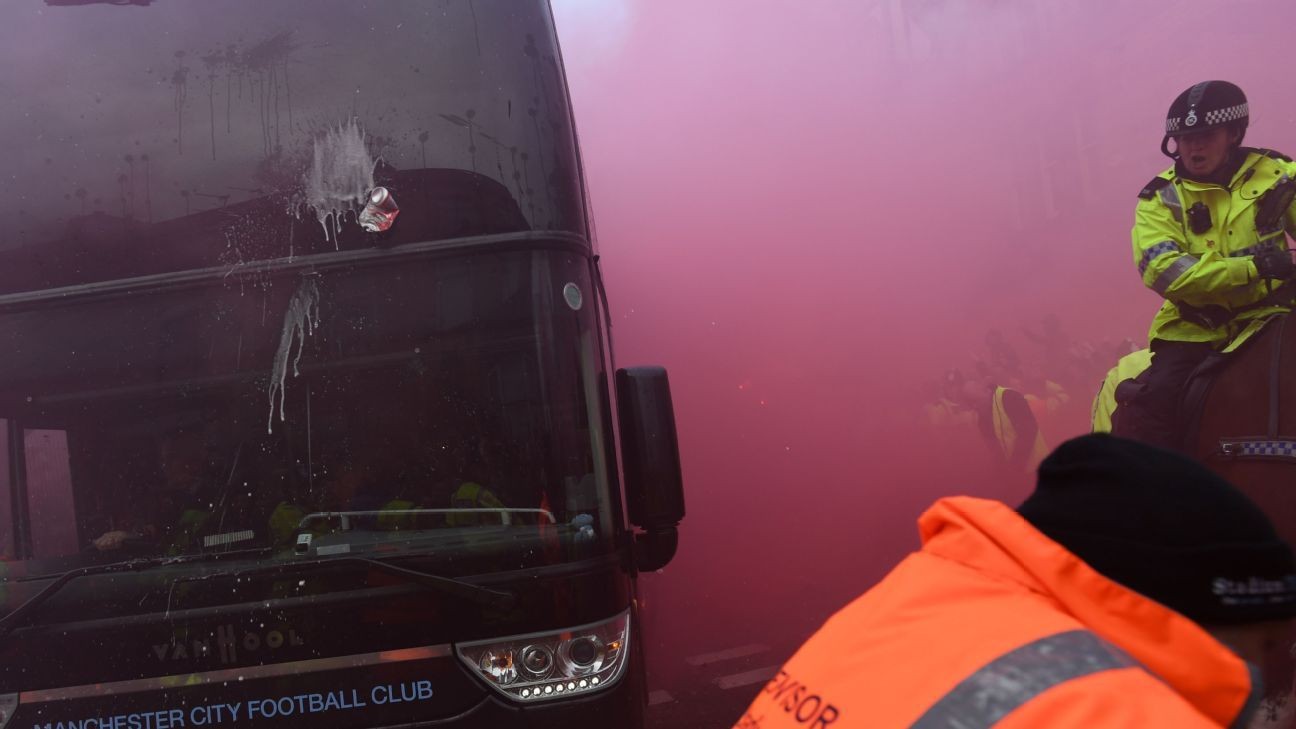 Shaka Hislop has Man City and Liverpool on the rise in his rankings ahead of their clash this weekend.

Paul Mariner explains why he thinks Liverpool will take all three points from Manchester City this weekend.

Sources told ESPN FC that City have asked Liverpool for assurances that there will no repeat of the attack on their bus when the teams meet at Anfield on Sunday.

"If someone from Man City is concerned still, it's our fault," Klopp said in his prematch news conference.

The City team coach was attacked with cans, bottles and flares as it made its way to Anfield for the Champions League quarterfinal first leg in April 2018.

No players or staff were injured but the vehicle, which had windows smashed, was deemed unsafe to take the team back to Manchester following the game, which Pep Guardiola's side lost 3-0.

No arrests were made, but Liverpool and manager Jurgen Klopp apologised for the incident while the club were also hit with a UEFA fine.

"We all didn't throw a bottle, but it was one of us," Klopp added. "All of us have to make sure that something like that never happens again. We will do everything to make sure it doesn't happen again."

City have been made aware that posters encouraging Liverpool fans to "bring your pyro, pints, flags and banners" and "line the streets all the way up Anfield Road and to the ground" are in circulation on social media.

Merseyside police will not be making City's route to the stadium public and have been in touch with City about any potential problems.

Superintendent Paul White of the Merseyside Police said: "As with any match, a comprehensive and appropriate policing operation has been put in place ahead of Sunday's game and we have liaised with both clubs and their supporter groups.

"We are aware of one poster on social media regarding a bus welcome. The corresponding last fixture ran smoothly and we are working to ensure this game can be enjoyed safely by all as well as minimising any disruption to local residents and roads."

Liverpool head into the clash six points ahead of City, who are looking for their first win at Anfield since 2003.

Guardiola's side are the last team to inflict a Premier League defeat on the Merseysiders, winning 2-1 at the Etihad Stadium in January.

With the stakes incredibly high for Sunday's showdown, Klopp said: "We have to play our best game. Everybody has to be in top shape for it, even the guy selling hotdogs has to be."