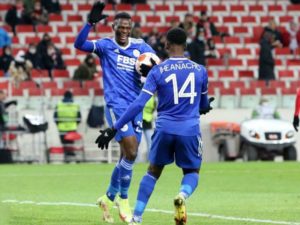 The Nigeria international was in action for the entire duration of the game.

He has now recorded three assists in two appearances in the Europa League for the Foxes this season.

Daka scored all four goals for Brendan Rodgers’s side.

Moses, who was also in action for 90 minutes, provided two assists for his side.