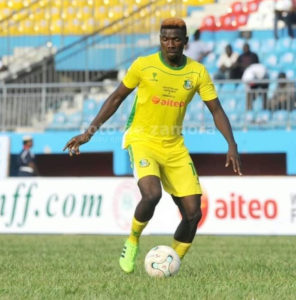 Its believed that the player left Pillars on mutual consent to pinch his tent with Kabir Dogo’s Owena Waves ahead of upcoming 2019/2020 Nigeria professional football league season.

The defensive midfielder said he had a great time with Pillars , as he was part of the team that won the 2019 Aiteo Cup after 65 years and came second in the NPFL.

“It was a great time with the good people of Kano and I will forever cherish every moment spent with Kano Pillars”.

“I have left Kano Pillars and I wish the team the very best in their future endeavors, he concluded”.