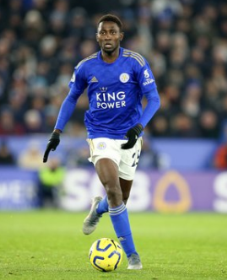 A hotly-contested debate broke out on Twitter as the social media users pitted Nigeria's Wilfred Ndidi and Ghana's Thomas Partey against themselves.

Bearing in mind that the Nigeria versus Ghana rivalry is a well-documented one, the duo in question are key components of their respective teams in England and Spain, with Ndidi having established himself as one of the best signings Premier League Leicester City have ever made while Partey is also one of the best players for Atletico Madrid in La Liga.

The argument, however is looking settled as a better percentage of the users have chosen the Super Eagle over the Black Stars man and you can check out some of their reasons in the tweets we have gathered below,

@prof_hustles: Although am a Ghanaian ,I watch Ndidi more than I watch Partey and that guy's work at the center of the field is massive. Ndidi for me .

@TKay1z: I'm Ghanaian and I'll choose Thomas for the sake of home support.  but I just checked the stats of the two players since 2017 to date and Ndidi has been the better player.  So Ndidi for me ? ?

@Joshua_Ubeku: Ndidi is an exceptional player. He's a hustler on the pitch. He would rather get a card than see you go past him. He retrieve balls and starts counter attacks. I've said it several times that he's so underrated. I Stan a king! ?

@Niyi_Olaolu: I give it to Ndidi

@NeotricMan: Ndidi. It is not even up for debate

@iz_Morgan: If you know its ndidi then you're sane

@KevinIbidapo: I sincerely don't know why this is debate..Thomas has never been ranked amongst the top 5 best tacklers or interceptors..not ever..the only thing they have in common is that they are both Africans..that's all..ndidi is a better tackler and interceptor and better DM.

@DrakxyD: Ndidi is the best in the world right now, Partey is Madrids best player for the season so for.. But Ndidi is currently the best in what they do for their respective teams ⚽⚽

@kolawolesherif5: Thou the to players [email protected] their best but Ndidi is the better player comparing the two..#Ndidi