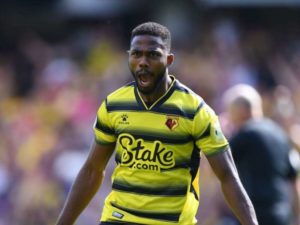 He scored a goal and recorded two assists in the thrilling encounter.

“I can play anywhere in the front three, it’s okay to me and I did the job,” Dennis told the club’s website.

“I’m very happy, we deserved to win. Winning was the only thing in our heads, we kept going and got a very important three points.

“We kept going, I missed the chance before the penalty, I could have scored, but we kept going, and I got a goal.”