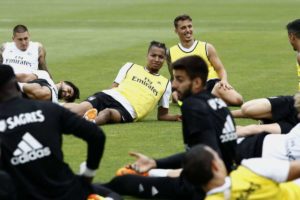 Nigeria defender Tyronne Ebuehi could be set for another spell on the sidelines after picking up a thigh injury during a training session with his Portuguese club, Benfica, reports

Ebuehi missed the whole of last season as a result of a cruciate ligament injury he sustained in training few weeks after joining Benfica from Dutch club, ADO Den Haag.

He was also not considered for selection by Nigeria in the squad that took part at the 2019 Africa Cup of Nations in Egypt because of his injury situation.

The full-back however recently worked his way back to full fitness, featuring in some pre-season games for the Portuguese champions. 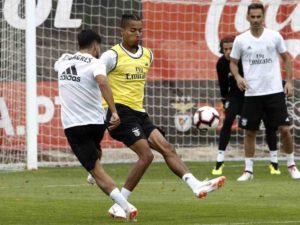 According to a report in Portuguese online news hub, ABola, Ebuehi has sustained a new injury on his right thigh which will see him miss a number of games again for Benfica this season.

The 23-year-old was not included in Benfica’s matchday squad for last weekend’s 5-0 home win against Pacos de Ferreira due to the injury.

Ebuehi previously made the bench in the side’s first official game of the game, the 5-0 Super Cup win against Sporting Lisbon on August 4.