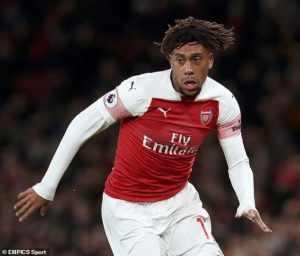 Everton have revived their interest in Alex Iwobi and agreed a last-ditch move to sign him from Arsenal.

The Toffees had a shock £40m bid for the Arsenal attacking midfielder rejected yesterday, which included an initial £25m payment

Arsenal have bolstered their attacking options this summer with the club record £72m signing of Nicolas Pepe to increase the competition Iwobi will be facing at the Emirates.

And with manager Marco Silva desperate to bring in another forward player they have identified Iwobi as one player who could be obtainable this window.

Arsenal have also had a busy day, with Celtic left-back Kieran Tierney joining and the club also launching an £8m move for Chelsea defender David Luiz