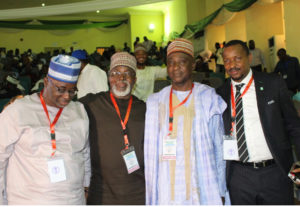 Nigeria’s Minister of Sport, Sunday Dare could be headed for a collision course with the Big wigs in the NFF following a scathing assessment of the Football body’s activities in a tweet on Thursday.

The Minister called out the NFF to act responsibly and hinted an internal review of the governing body.

His latest comments are coming on the heels of Nigeria’s ouster from the FIFA U17 World Cup in Brazil, where the Eaglets were knocked out in the round of 16.

He had suggested in his tweet the team’s failure to progress further in the competition could be due to lack of financial motivation with regards to payment of salaries and allowances.

Recently, the Minister had attempted to wade into the resignation of Thomas Dennerby as Super Falcons Head Coach, demanding at the time that the Swede be restored as Coach.