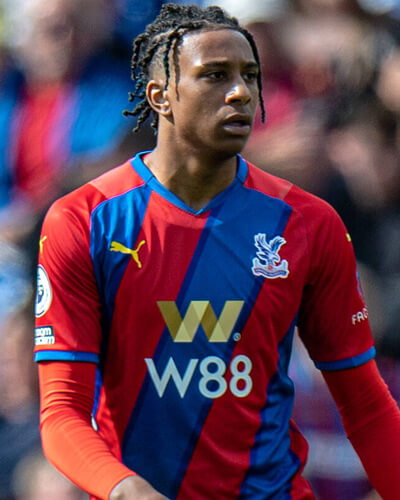 Crystal Palace manager Patrick Vieira has confirmed the worst fears of the Eagles fans after revealing that 2021 Super Eagles invitee Michael Olise is not available for selection for the season opener against Arsenal.

The France U21 international was omitted from Palace's pre-season tour to Singapore and Australia due to a fitness issue and  he has not recovered from the ailment.

Olise suffered a foot injury at the tail end of last season while on international duty with France U21s, limiting his appearances to four in the last nine Premier League games played by Eagles in 2021-2022.

The former Chelsea schoolboy has not trained fully with his teammates as he was not part of their pre-season preparations, so needs a couple of weeks to get back to speed.

Providing a squad update, Vieira told reporters at Thursday's pre-match press conference: "Macca [James McArthur] will not be a part of the squad today.

"Tonks [James Tomkins] has an issue with his calf so won’t get involved tomorrow. Michael [Olise] is a couple of weeks away."

Former Arsenal youth teamers of Nigerian descent Eberechi Eze and Malcolm Ebiowei should be available for selection against their old club.