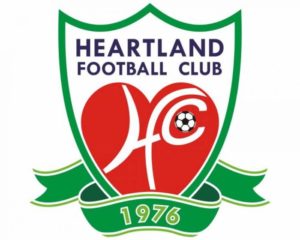 The possibilty of Heartland FC of Owerri winning any silverware may have been derailed even before the commencement of next season if reports of wranglings within the club is anything to go by.

Unless Governor Emeka Ihedioha acts fast, the club may likely face the hammer from the League Management Company (LMC) following the inteferences of the state PDP chairman, Barrister Charles Ezekwem who also doubles as the chairman of the board of Heartland.

SportingLife gathered that the board has not given the management led by the general manager, Chukwudi Ifeanyi any breathing space to run the affairs of the club as recommended by LMC in its rules and regulations.

Already, the Imo State Football Association had written the LMC highlighting the interferences of the yet to be inaugurated interim board members led by the PDP chairman.

It’s public knowledge that the LMC and indeed all other football regulatory associations like NFF, CAF and FIFA, abhor government interferances as well as politicians involvement in matters concerning football.

Indications are rife that Heartland are the worst hit in this regards following the excesses of the board members of the team who are poised to hijack the running of the football club.

It is understood that board would want to employ coaches, players, appoint management workers and other duties statutorily meant for the general manager.

With the LMC likely to announce the kick off date for next season soon, the crisis has plunged Heartland into a dangerous situation as other teams in the Nigeria Professional Football League (NPFL) have almost completed preparations for the 2019/2020 league season.