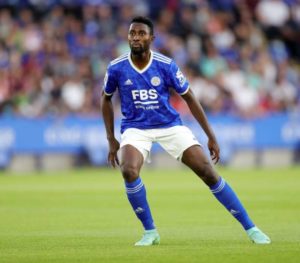 Leicester City midfielder, Wilfred Ndidi, has been linked with a transfer move to Premier League giants, Chelsea in January.

The Nigerian, according to the report is one of the three midfielders, Chelsea could sign in the January transfer window, with N’Golo Kante continuing to struggle with injuries this season.

Kante has missed his side’s last four Premier League games through injury, while the Frenchman was also absent earlier this season due to a groin problem.

According to football.london, Chelsea have drawn up a three-man midfielder shortlist, with the Blues keen to boost their options in that area of the field at the start of 2022.