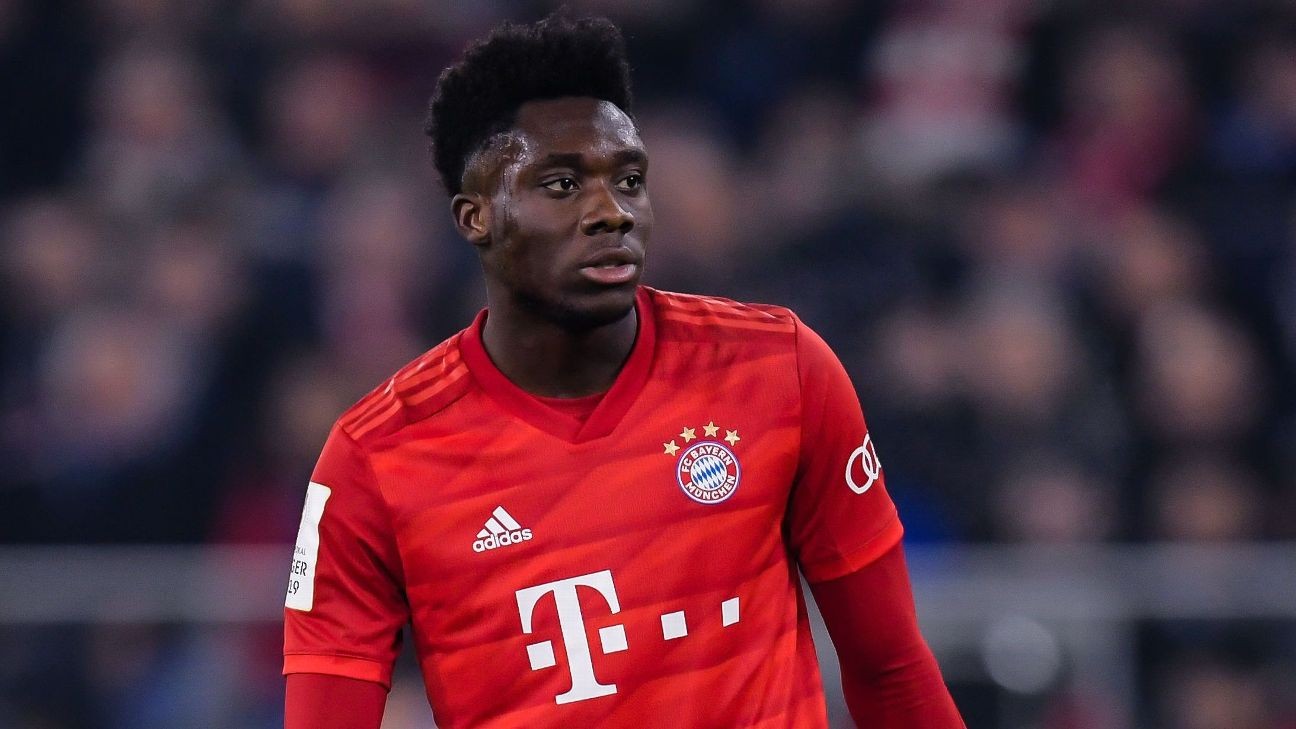 Bayern's Alphonso Davies believes the club can win it all, including the Champions League.

Julien Laurens explains the changes Hansi Flick has made in his time at Bayern Munich to earn an extension.

Gab Marcotti explains why Manuel Neuer should not re-sign with Bayern after they signed Alexander Nubel.

Bayern Munich left-back Alphonso Davies has told ESPN that his side are capable of winning the Champions League this season, and credited the team's growing confidence to head coach Hansi Flick.

The Canada international returned to training on Monday along with small groups of Bayern teammates as German clubs began to resume football activities despite the coronavirus shutdown.

- Stream new episodes of ESPN FC Monday-Friday on ESPN+
- Stream every episode of 30 for 30: Soccer Stories on ESPN+
- Does Davies belong among CONCACAF's best players?

Bayern eased to a 3-0 victory away at Chelsea in the Champions League round-of-16 first-leg in February before the remainder of the competition, including their return leg at the Allianz Arena, was postponed indefinitely due to the pandemic.

"I really feel that with the quality have we can win the Champions League," Davies told ESPN. "I played really well [against Chelsea]. I did what the coaches asked me to do, defended well, attacked well.

"Obviously it is not going to be easy. There are still a lot of good opponents in front of us that we have to get past. Each and every day we have that in the back of our minds, that this year could be the year that we win the Champions League again.

"My favourite part about him [Flick] is that he lets us play, lets us be creative. He implements his coaching tactics, how he wants us to play, but at the end of the day, football is free-flowing. He just wants us to win games and enjoy playing our football."

Flick signed a permanent deal with the German champions last week, keeping him at the club until 2023. He first took temporary charge in November.

Davies, 19, joined Bayern in 2019 from Major League Soccer side Vancouver Whitecaps and has made 27 Bundesliga appearances for the club.

When asked whether North American players are finally receiving enough attention from European clubs, Davies added: "Yeah, I always feel like Canada have quality footballers and with us playing so highly in Europe it opens the eyes of other teams to look at our players.

"Even though it snows there [in Canada], even though we play hockey, we still play football. We're good at it."