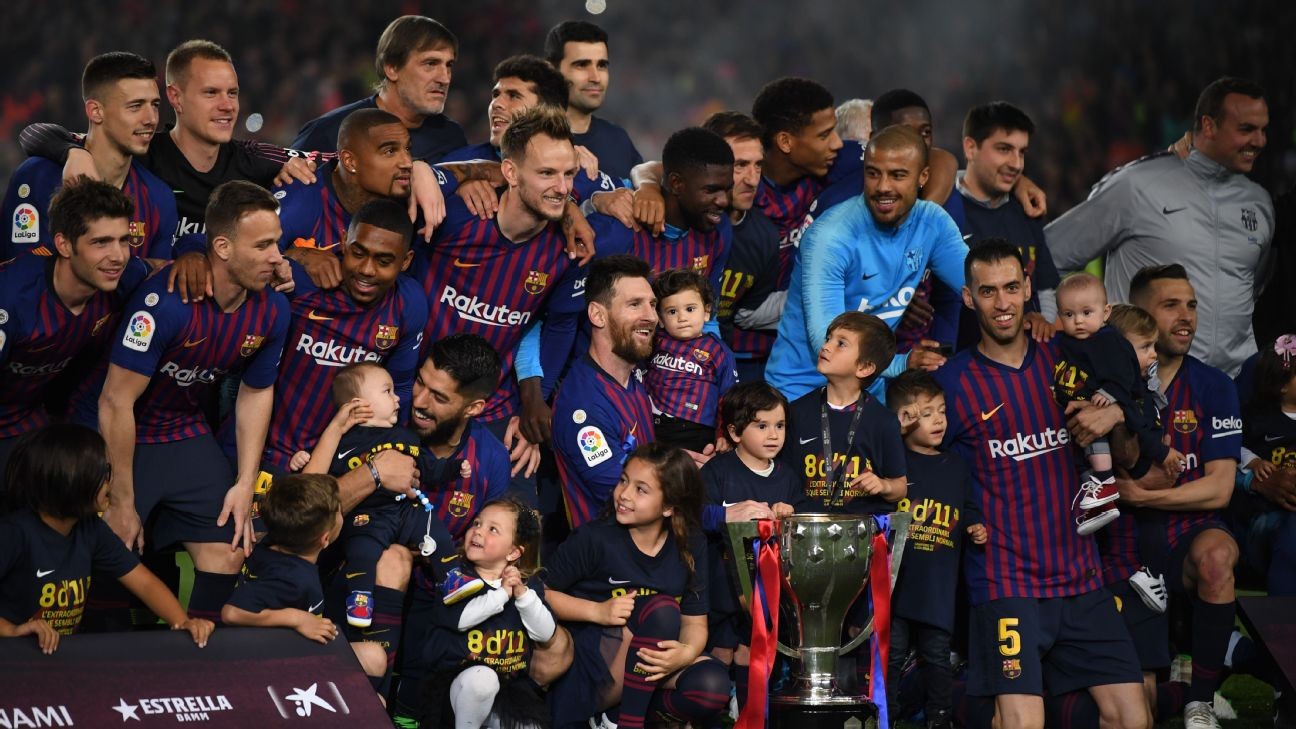 Sid Lowe explains why Barcelona's wage cut would be a bad decision for the club.

Julien Laurens discusses the various donations made throughout the football world to help tackle Covid-19.

Gab Marcotti explains the FIFA regulation that could help Neymar leave PSG and return to Barcelona.

Barcelona's players have rejected a proposal to have their wages significantly reduced as the club seeks ways to minimise the financial impact of the coronavirus pandemic, sources have told ESPN.

Negotiations between the club's captains and the board of directors are ongoing. Sources explained that the players are willing to take a hit to their salaries but they are not happy with the terms that have been suggested by the board so far.

There is friction between some of the players and some members of the board, which has made negotiations difficult. However, there remains optimism that an agreement will be reached.

ESPN first revealed that Barcelona hoped to agree on a temporary wage cut with the players last Friday following a video conference between the members of the board. The reduction will not only apply to the men's first team, but also to the club's other professional teams, including the women's first team and the basketball team, among others.

However, there is a particular focus on the men's team, given their salaries account for around half the club's annual budget. The players earn just over €500 million annually between them.

Barca, who are owned by their members and don't have the luxury of outside investment, fear the coronavirus crisis could have severe repercussions on their finances.

The club is already losing match-day revenue, as well as money from the club museum, which draws thousands of visitors every week. There is also now uncertainty about how much they will make in prize money and television money this season, with football across Europe suspended. Other clubs have already announced wage cuts for playing staff due to the spread of the coronavirus. Borussia Dortmund are among those to confirm that the club's players will forgo part of their salaries to ease the financial pressure on the club.

Premier League chief executives will also discuss the prospect of asking players to take pay deferrals when the 20 top-flight clubs stage their next video conference on April 3, sources have told ESPN.

Other Barca players have also given to the cause, including goalkeeper Marc-Andre ter Stegen, who contributed part of the €2.5m given by the German national team last week.

Spain is one of the worst-hit countries. The health ministry revealed on Tuesday that there have now been more deaths in Spain (3,434) than anywhere else, excluding Italy. In total, there are nearly 50,000 confirmed cases.