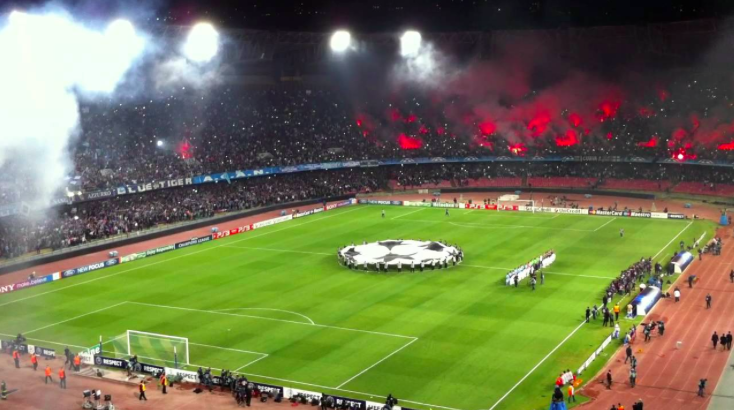 A row has emerged between Napoli and the local council after coach Carlo Ancelotti hit out at the state of the dressing rooms at the Stadio San Paolo.

The venue has undergone reconstruction work over the summer after an agreement between the two sides, resulting in the Partenopei playing their first two Series A matches away from home.

However things aren’t up to standard according to Ancelotti after recently inspecting the stadium.

“I saw the conditions of the San Paolo dressing rooms,” read a statement on the Napoli website. “I am speechless. I accepted the club’s request to play the first two games of the season away from home so that the work could be completed, as promised.

“You can build a house in two months and they were unable to refurbish the dressing rooms! Where are we supposed to change for the games against Sampdoria and Liverpool?

“I am outraged by the inadequacy and unprofessionalism of those who had to carry out this work. How could the Region, Municipality and Commissioners disregard the commitments they made to us?

“I see contempt and a lack of care for the team, club and the city. I am dismayed.”

That prompted a response from the local council, who stated the work is almost complete.

“Let me start by saying the commitment was made by the region and not the council, but I inspected the stadium and saw that, apart from a few doors and a few things here and there, the rest is fine,” Naples sports councillor Ciro Borriello stated.

“On Saturday, Napoli will be able to regularly get changes in their newly refurbished dressing room.”