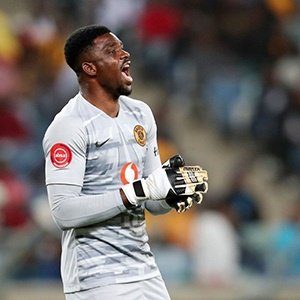 Cape Town - Kaizer Chiefs goalkeeper Daniel Akpeyi has been recognised in his native Nigeria after he was named Goalkeeper of the Year.

The Amakhosi shot-stopper was the Super Eagles' first-choice keeper at AFCON 2019, helping his team to the final where they lost out to Algeria.

Akpeyi has also displaced club captain Itumeleng Khune as Chiefs' number one and won the September/October Absa Premiership Player of the Month.

The goalkeeper was unable to attend the awards ceremony in Victoria Island, but took to Instagram to accept the award.

"I want to thank you for nominating me to be the best goalkeeper of the year and I want thank the organizers who made this possible," said Akpeyi.

"Thank you for this prestigious award. It is quite unfortunate that I won’t be around to receive this award myself due to club engagements and I want to say well done to all the nominees, they have done extremely well in their personal Capacities and in their clubs and countries.

"Thank you to everyone who has belief in me, it is because of you that I have come this far and I promise to give my best."