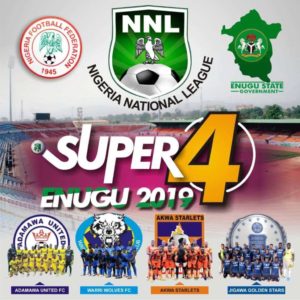 Coach Ngozi Elechi could have his work cut out when his Warri Wolves charges take to the Nnamdi Azikiwe Stadium pitch this afternoon against rampant Akwa Starlets as the Nigeria National League (NNL) playoffs get underway, Completesports.com reports. 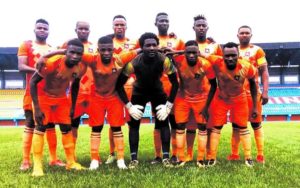 It will be the second match of the day after the opening match between Jigawa Golden Stars and Adamawa United.

Elechi joined Warri Wolves in the summer after terminating his contract with relegated NPFL side, Yobe Desert Stars on mutual agreement.

The onetime Go Round gaffer has told Completesports.com that his objective this term is to keep the Seasiders’ NPFL status intact this term and then plan for the future.

“My target this season is to consolidate our NPFL position and then we take it up from there”, Elechi said.

Starlets appear in no uncompromising mood as the search for the ultimate kings of the second tier domestic league gets underway at the Cathedral.

“We’ve achieved one of our objectives which is the Premier League ticket,” the veteran journalist said on the night Akwa Starlets dispatched 3SC 3-0 at Stephen Keshi Stadium Asaba.

“We are going to prepare for the season and of course, don’t forget we still have the Super Four playoffs to determine the NNL 2019 season overall winners.” 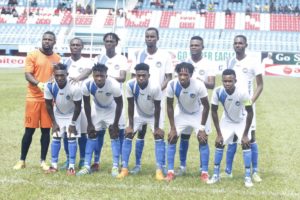 Nnamdi Azikiwe pitch provides that huge stage this afternoon for Etubong Paul Bassey to see if his operation trophy sweep ambition this term will come through.

Host FA, Enugu State Football Association have assured it will ensure a hitch free Super four (4) tournament as it hosts the playoff event of the Nigeria National League.

Chidi Ofo said every logistics is in place for the Tournament which kicks off today Friday 13 September,2019 at the Football Cathedral – Nnamdi Azikiwe Stadium in the Coal City,South East Nigeria.

“We are in very high spirit expecting the best of games”, Offor, who is an executive committee member of NFF said.

“We are ready, thanks to our amiable sports living governor, His Excellency, Rt. Hon. Ifeanyi Ugwuanyi, for his support, the FA members in Enugu for accepting to host this soccer showpiece, we are grateful”.

“We urge fan in Enugu to come out en- masse to watch the best of football in the most important League”.